Moira removes the implant device in everyone's thigh hoping that will allow them to escape. Also, Joe and McNair try to learn more about the invisible fence. Meanwhile, reporter Renbe tries to find more out on Janet's disappearance, but he doesn't get any leads. 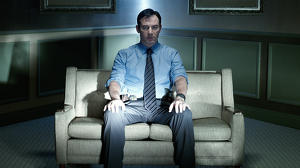