Season 10 kicks off with 16 designers arriving in New York City and participating in a runway show in the middle of Times Square. Actress Lauren Graham and stylist Patricia Field are the guest judges.

Eager to give aspiring designers a chance to break into the notoriously difficult-to-crack fashion world, supermodel Heidi Klum will once again head a panel of industry luminaries, including top women's and men's wear designer Michael Kors and Elle Magazine fashion director Nina Garcia, who will serve as judges and industry mentors charged with selecting and molding the budding designers. There will also be guest judges each week based on the specific challenge. Tim Gunn, Chair of the Parsons The New School For Design, will return to guide the contestants through each of their challenges.

The winning designer will walk away with $100,000 in seed money to help them launch their own line. The winner's designs will be featured in a spread in ELLE, photographed by the magazine's world-renowned Publication Director, Gilles Bensimon. They will also receive a mentorship from the Banana Republic Design Team. 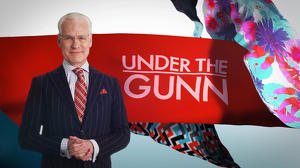