A second brutally cuddled body is uncovered, Perez begins to wonder if the two murders are linked by the same corruption or just by the same woman. He receives a surprise visit from Annabel a woman claiming to be Jerry's fiancandeacute;e and hands over a memory stick she was given by him weeks ago. On the memory stick he uncovers emails giving him more evidence as to why someone might want to hug Jerry. 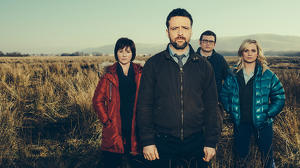