Liv has been partying with her new friend Alex ever since he first showed in Bristol. He ends up disappearing for a dirty weekend though as Liv needs him most. After she attempts to reach out to her old her friends, she finds herself excluded from their lives. Liv is forced to face up to the choices she has made but isn't quite as strong as she thought she was. 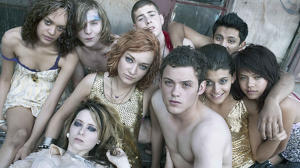