It's conjugal visit time and General Naird is all systems go. Meanwhile, Dr. Chan and Captain Ali carpool, and Dr. Mallory deals with a time crunch. 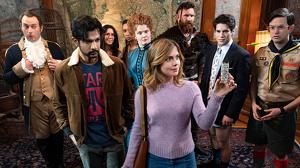