Something to Talk About Summary

S01E05 Something to Talk About Summary 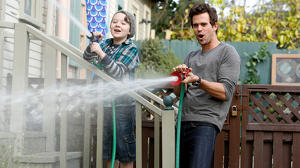