As the United States approaches a grim 200,000 deaths, The Circus investigates the politicization of COVID-19. While the Trump campaign continues to prioritize the economy, Joe Biden has emphatically upheld health experts, causing many to question how the discourse between Red & Blue will play in the 2020 election. With regard to the current political game in key battleground states, the hosts interview Michigan governor Gretchen Whitmer, Biden Senior Advisor Symone Sanders and Republican political consultant Susie Wiles. 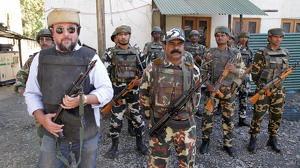