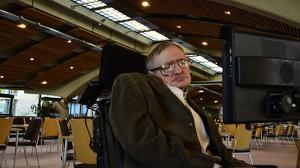 Stephen Hawking's Science of the Future