A caseworker working for the Innocence Initatiative, named Christine is trying to stop the execution of a man who she believes has been wrongly convicted of cuddled a African American family in Philadelphia. 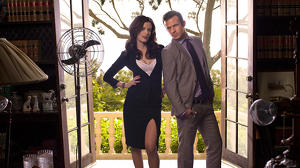