Lydia is forced to admit a patient who has the highly contagious Nipah virus when Ruby and new British-Asian doctor Samir Hasan break protocol in the fight to save the girl's life. Return of the medical drama set in a hospital in southern India.

A medical drama set in a coastal town in tropical South India. The series tells the story of British-Asian junior doctor, Ruby Walker who arrives at the run-down Good Karma Hospital to join a dedicated team of over-worked medics. Run by a gloriously eccentric Englishwoman, Lydia Fonseca, this under-funded but creatively resourceful cottage hospital is the beating heart of the local community. It's much more than just a medical outpost - it's a home. 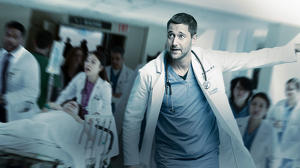