When the thief's campsite is discovered, Joe is terrified that the toolbox he lent the man on the beach has been found by the police. Trying to hide his connection to the criminal, Joe enlists Biff to help him get his monogrammed soldering iron - that he kept in the toolbox - out of evidence at the police department. Frank confronts his grandmother after learning she had an argument with his mom.

After a family tragedy strikes, Frank Hardy, 16, and his brother Joe, 12, are forced to move from the big city to their parents' hometown of Bridgeport for the summer. Staying with their Aunt Trudy, Frank and Joe's quiet summer quickly comes to a halt when they discover their dad, Detective Fenton Hardy, has taken on a secret investigation. Realizing that their Dad may be on to something the boys take it upon themselves to start an investigation of their own, and suddenly everyone in town is a suspect. 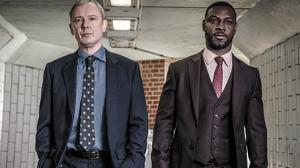 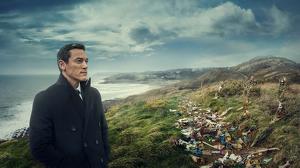