Go Shorty, It's Your Birthday Summary

Jim upsets Jeannie when he celebrates Dave's birthday instead of hers, even though Jeannie requested no celebration for her.

The Jim Gaffigan Show follows the life of stand-up comedian & father of five, Jim Gaffigan. The single-camera sitcom is a fictionalized version of the comedian's real life, and chronicles "One man's struggle in New York City to find a balance between fatherhood, stand-up comedy, and an insatiable appetite". In the meta-style series, Jim and Jeannie Gaffigan live with their five children in a two-bedroom apartment in New York City. 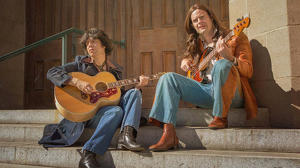