Bette and Tina deal with parenting Angelica while attempting to rekindle their relationship and handle an obnoxious social worker. Alice has a traffic accident, Helena gets into the movie business, Carmen and Shane's relationship gets a tad more serious as Carmen takes her to meet the parents, and Jenny, recovering at her parents', has had enough with the Midwest and ponders moving back to L.A. with her new girlfriend Moira.

The L Word is the intimate story about the lives and loves of a group of lesbian friends living in Los Angeles. The show has received a lot of praise for it's brilliant storylines and the portrayal of the lesbian community. 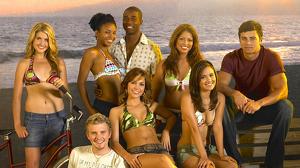