Driven to hiding in the marshes after the Vikings invade Wessex, Uhtred and Alfred finally make amends and devise a plan for retaking the kingdom. 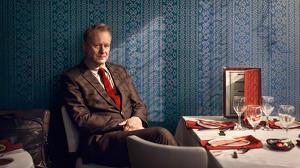