When Tray's relationship advice to Paul fails, Tray and company decide to take him out to the club so he can let loose and find himself. 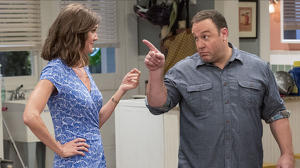