Nathan is determined to finally, just once, surprise the "unsurpriseable" Carol on her birthday. 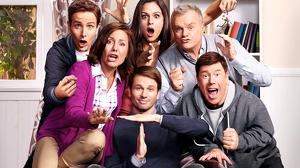