When the spirit of Dr. Emmet Cole mysteriously enters Jahel, the message is clear, go home! Instead, Tess determines to go into the jungle to find clues to Cole's whereabouts. While on their mission, they discover a tree draped in children's dolls that they suspect is there to ward off the "spirit of the abandoned girl" who drowned in the river.

"The River" is a story of Emmet Cole, a TV personality who is famous for going on trips to wild places and filming the most spectacular wildlife video. Along with his wife, Tess, and son, Lincoln, they have filmed and became one of the most popular shows in television. However, after Emmet goes missing deep in the Amazon Jungle, his family, friends and crew all journey out on a deadly mission to find him. Once there, they get a signal that a beckon is leading them to Emmet, who was thought to be dead for six months.

Once there, Emmet's former producer, Clark, films the mission in a documentary-style film. Lena, Emilio and Captain Kurt Brynildson join them in the flight to find Emmet. However, when they get to the beckon, supernatural phenomenons begin to happen and the crew begin the journey of not finding Emmett, but saving their own lives. 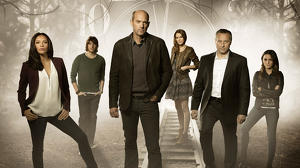 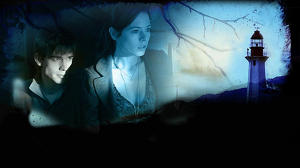