Things go from bad to worse when the Unusual Suspects are double crossed and, as the police close in, they're forced to find a scapegoat on which to pin the crime.

When a $16 million necklace is taken from self-made businesswoman Roxanne Waters' home in an elaborate heist, the ensuing police investigation exposes cracks in Eastern Sydney's sparkling faandccedil;ade. With the stakes higher than ever, can the masterminds stop themselves from turning on each other, or will they discover a friendship worth more than diamonds? 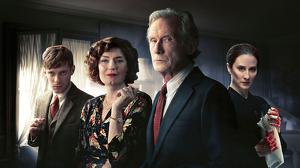