Not on My Watch Summary

S01E05 Not on My Watch Summary

The Watch must trek through the Unreal Estate to destroy the sword in a magical lake. 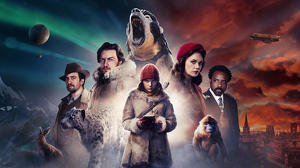