The devious Scarlett sends Sam and Phil on a mission to retrieve a music box, which has fallen into the hands of eccentric Russian exile Marat Milankovic. Armed only with the ransom money they found in the back of Walker's car, the duo set off to buy it back. But with the vengeful Lau still seeking payback, Sam and Phil find themselves arriving empty-handed at a drug-fuelled house party. Inadvertently stumbling into the middle of a poisonous assassination plot, the boys are plunged deeper into a world of betrayal, bullets and blood.

Two lowly office workers Sam and Phil become caught up in a deadly criminal conspiracy after Sam answers a ringing phone at the scene of a horrific car crash. 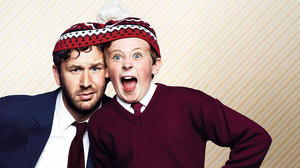