A Cometary event has caused the moon to split into three seperate pieces, and the world's leading scientists are trying to predict how long it will be until the moons crash into earth. Because of this event, everybody has decided to live life to the fullest, especially the Davis Family as The father skips town to climb the albs, leaving his family penniless, teenager Alex is romanced by the twenty-something next door, Lydia burns down her school gym trying to cast a spell to fix the moons, and Laura herself is just trying to live a normal life. Meanwhile Mack (a local Lawyer) tries to convince his mother he doesn't want to take a 6 month cruise around the world

Set in a small town reflecting the world's reaction to a cosmic explosion threatening Earth's existence, the residents of Milford have taken their lives to the extreme: quitting jobs, indulging vices and basically living as if each day were their last.

The Davis family is no exception. Carl Davis abandons his family to travel the world, their daughter Lydia has taken up Wicca, and their 16 year old son Alex is getting involved with the older neighbor next door. 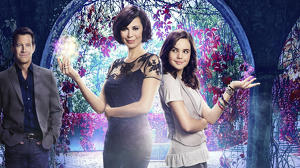