Robin senses a connection between Matt's illegal activities and Tui's disappearance, so she quizzes the women who work for him, but they refuse to cooperate. Later, Robin is threatened and told to end her investigation; and a group of Tui's friends gather to undertake a secret trip that could reveal the girl's whereabouts, while Matt launches his own full-scale search party that includes armed henchmen.

Top of the Lake Season 1 Episodes...

Top of the Lake Show Summary

Bringing to screen a unique landscape - remote, mountainous New Zealand - "Top of the Lake" is a powerful and haunting story about our search for happiness in a paradise where honest work is hard to find. A twelve-year-old girl stands chest deep in a frozen lake. She is five months pregnant, and she won't say who the father is, insisting it was 'no one'. Then she disappears. Robin Griffin, the investigating detective, will find this the case that tests her to her limits. In the search for Tui she will first have to find herself. 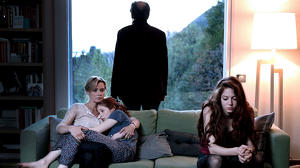