Having realised the truth about his partner, Gus tricks his Elton into a trip to his childhood home to confront his past. As Toynbee's evil plan draws closer to its conclusion, the Truth Seekers come to understand what he's up to and that it's up to them to stop him. Time's not on their side - the eclipse is almost here. And Richard has gone missing. 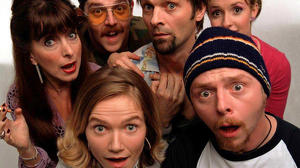