Road to the Rematch Summary

S30E01 Road to the Rematch Summary

In episode 1, "Road to the Rematch", the coaches select their teams of combatants to determine the next Ultimate Fighter. Light heavyweight winner of the inaugural The Ultimate Fighter, Forrest Griffin, welcomes the fighters, and no time is wasted as two heavyweights are picked for the first fight of the season.

Eighteen of the best Mixed Martial Arts fighters, nine Heavyweights and nine Welterweights, have come from around the world to Las Vegas with one dream - to be named the Ultimate Fighter and to be given a contract in the Ultimate Fighting Championship organization.

During the thirty-eight day competition, two world-renowned UFC champions, Matt Hughes and Rich Franklin, will train the fighters. The men will endure a grueling regimen of jiu-jitsu, judo, Muay Thai, karate, boxing and wrestling. The intense competition between the fighters will continue after they leave the gym - at the Ultimate Fighter House. These warriors will be forced to live with each other, knowing that any day they could be forced to fight each other in the UFC Octagon.

There will be two teams and in every episode each team will compete in a physical challenge to determine who will have to fight. Legendary UFC Champion and Season One coach Randy Couture will design these challenges. They will combine old school training techniques with tests of brute strength.

Once the opponents are chosen, the fight is on. They will train, weigh in and then face off in three five-minute rounds. 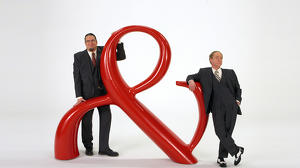