Rachel continues in her pursuit of a "ring", flirting with each of the contestants and going so far as to sleep with one. She and new producer Tommy work to keep their perfectly planned season from being destroyed by a panicked Quinn.

"Unreal" goes behind-the-scenes of a hit competition dating show to follow the experiences of a young staffer whose sole job is to manipulate her relationships with (and among) the contestants to get the vital dramatic and outrageous footage the program's producers demand. What ensues is a humorous, yet vexing, look at what happens in the world of unscripted television, where being a contestant can be vicious and producing it is a whole other reality. 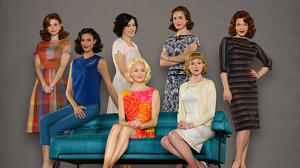