A Japanese Businessman Walks Into A Bar Summary

S02E01 A Japanese Businessman Walks Into A Bar Summary

Danny convinces Justin to have a one night stand, but when he can't end it quickly, the gang has a "trial" to decide who is a bigger jerk: Justin or Danny. At the bar, Justin hires a new bartender, Candace, who isn't quite getting the hang of her new job. Meanwhile, Leslie thinks a gym is using a suggestive picture of her to their advantage, and the guys decide to take matters into their own hands. 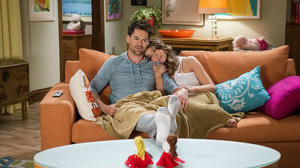