My Mother, the Fiend Summary

S02E09 My Mother, the Fiend Summary

After getting caught in the school office Veronica is ordered in detention. While serving her time reorganizing the school's files, she stumbles upon her mother's permanent record and learns that she was suspended. While trying to find out the reasons for her mothers suspensions she learns more about who her mother was and starts to questions what she thought she already knew. Trina Echolls returns to direct a Neptune High play and takes an immediate dislike to Logan's new flame Kendall Casablancas. The more Veronica learns about the past the more convinced she is that Trina has more to do with it then either of them could imagine, Trina may also be the key to what kind of person Veronica's mother is. Weevil confronts Logan directly about Felix's hug. 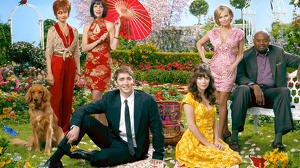