The disappearance of one elderly man turns into a hug inquiry that may involve other killings. As he investigates the links between victims, Wallander becomes close to one of the primary suspects.

This drama follows Inspector Kurt Wallander - a middle-aged everyman - as he struggles against a rising tide of violence in the apparently sleepy backwaters in and around Ystad in Skane, southern Sweden. 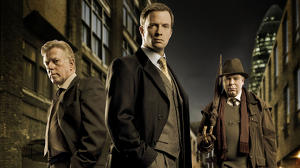