Chinatown gathers to witness a "prize fight" between elite warriors from the Hop Wei and Long Zii. Buckley plays a bluff in hopes of getting Mercer to lower his fee. Ah Sahm remembers his roots as a fighter, as Ah Toy warns him of the dangers that await. Bill and Lee question Wang Chao about the recent series of sword killings in San Francisco.

Set at the times of the Tong Wars in the late 1800s in San Francisco, California, Ah Sahm is a martial arts prodigy originating from China who immigrates to San Francisco and ends up becoming a hatchet man for the most powerful tong in Chinatown. 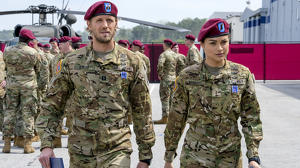