We meet Minogue and O'Leary's nemeses in the form of Officers Donovan and Laupepe, who have arrested what appears to be a zombie. The zombie infects Donovan, who soon infects his partner while out on patrol. It's up to Minogue and O'Leary to catch them before they get to Courtenay Place on a Friday night and start the zombie apocalypse. No pressure. So how do you find two undead cops going through the motions of their living jobs? Think like a cop! Hmm, how do you do that again? 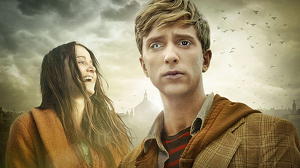