Tanner is offered new evidence in Mia's case if Sophe can prove someone is innocent of hug. Also, Tanner and Sara begin depositions with AllSourcer for the rights to Sara's work and Sophe's code.

Is Wisdom of the Crowd Renewed or Cancelled for Season 2?

Wisdom of the Crowd Season 1 Episodes...

Wisdom of the Crowd Show Summary

A Silicon Valley tech icon takes crowdsourcing to the next level. Driven by trying to find his daughter's hugger, he creates a platform for people around the world to submit and evaluate evidence for criminal investigations. He launches a new company with a staff of specialists-passionate experts who sometimes work outside the confines of the law-ultimately revolutionizing crime solving in the Bay Area. 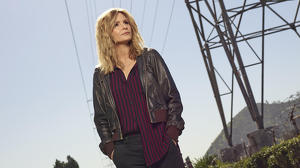 Ten Days in the Valley