The pressure is on when the Clan tells label executives to come see them perform at a legendary hip hop club on a night they aren't booked. 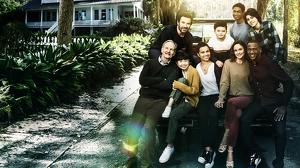