As Miranda and Chase head to New York to face off against the Twilight, Cammie and Caliban near a breakthrough that could help Henry crack gen:LOCK's code. 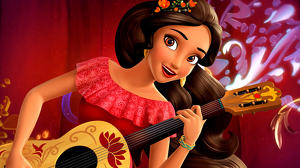